Research Associate Worku Mulat returns from his Fulbright Scholarship in Ethiopia, where he seeks answers to the dwindling forest ecosystems of his home country. Read Worku’s post below. 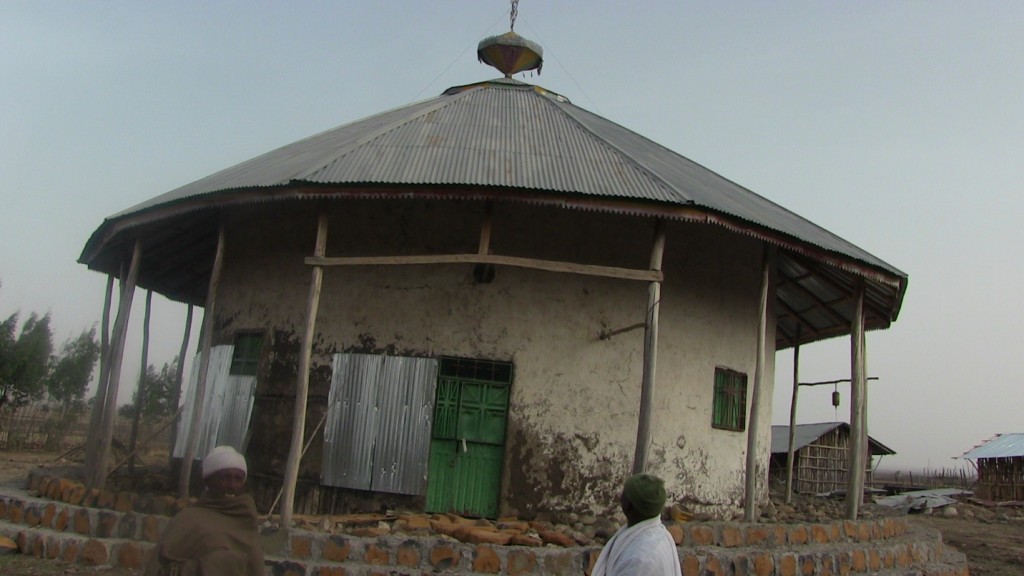 The church is there; so are the priests, but where are the forests?

Nearly a decade ago, Saint Mary Orthodox church, was built approximately mid-way between Worreilu and Degolo towns in south wollo zone, Ethiopia. Like any religious institutions it fulfills all its spiritual functions except one thing: it lacks church forests around its perimeter. This is unusual observation. Google map shows almost all churches in Ethiopia preserve a green ring around them and priests feel obliged to have them as symbols of “the Gardens of Eden”. What is the crux? Why priests well known for their conservation story in Ethiopia fail to plant some trees at least to replace the ones cut down to build the church itself?

According to priests attempt was made to grow plants every rainy season. Unfortunately, even eucalyptus tree that thrives well under harsh conditions fail to grow due to pressure from browsers early in its stage. Except few stunted trees seen at the background, many plants fail to emerge and some that do will be trampled on. There is neither fence nor stone wall to discourage animal access. Consequently, it became difficult to establish successful plantation that denies the church the grace of having a green belt.
What do we learn from this observation?

Many of us tend to think wherever there are churches, there are church forests. This anecdotal example, however, illustrates churches won’t have automatically forest cover around them. It becomes a herculean task to grow trees when animals are allowed to roam in the church yard. They destroy the seedlings as soon as they emerge. This is a reminder that preserving church forests is much easier than creating them. It also suggest Presence of a church and associated priests are not sufficient conditions to have the “Gardens of Eden” typical of orthodox churches.
Why fencing becomes difficult? It boils down to economics. Ordinary stone is precious stone in the area. It has to be bought and brought from far places. Putting fence was in the plan from the outset. But has never been realized so far for financial reasons.

Having stonewalls to fend off animals and transgressors is a very important requirement to establish church forests. That is the rationale behind launching Tree Foundation Project which promotes stonewall construction around Orthodox Church in the Bahir Dar region.