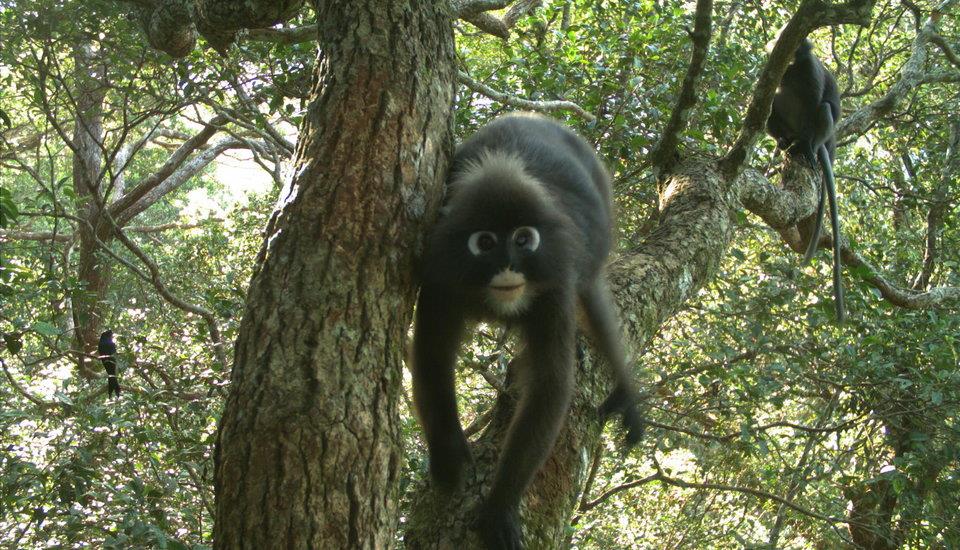 Conducting nature surveys can be grueling, often frustrating work. In forest landscapes, the efforts may necessitate scaling towering trees and, on the ground, turning over 100 or so heavy logs for every skittish critter sighting.

During a recent survey of Malaysia’s Penang Hill, arachnologist Lauren Esposito of the California Academy of Sciences and post-doc Stephanie Loria were examining about their 99th log at night when a moment of discovery occurred…

“Hardly anyone has ever heard of water bears, but hey, they’re everywhere!” Margaret Lowman, the leader of the expedition, told Seeker. “If you think that you’re a vegetarian, consider that you’re eating these tiny animals, too. Most of us do.”

Lowman, know as “Canopy Meg,” is the California Academy of Sciences’ Lindsay Chair of Botany. A world-renowned researcher and explorer, she pioneered the science of canopy ecology, which involves studying the upper habitat zone of trees. She is the author of many books, including “Life in the Treetops: Adventures of a Woman in Field Biology” (Yale University Press, 1999).

“We discovered scuba diving in the 1950s and went to the moon in the 1960s, but we didn’t develop the toolkit for studying treetops until the 1980s,” said Lowman, whose greatest single tree ascent so far is 200 feet.

Her formidable climbing skills were put to the test during the recent survey called “Penang Hill BioBlitz” within the 19,768-acre Penang National Park. The site is a rolling, mountainous landscape thick with the world’s tallest tropical hardwood trees.

“These tall trees, dipterocarps, drive entire economies in the tropics,” Lowman said, explaining that they are common to the logging industry. “In the rainforest, they reduce runoff, lead to sources of freshwater and provide food, shade, and habitat for animals and plants, including species with medicinal value to humans.”

She and her team of 117 scientists — from the Academy, UC Berkeley, The Tree Projects, and other partner organizations — collectively climbed 5,236 vertical feet during this first-ever canopy survey in Malaysia. Forty-seven students from local schools, World Wildlife Fund Hong Kong, and the organization JASON Learning, which digitally broadcasted field updates to students around the world, also participated in the fieldwork.