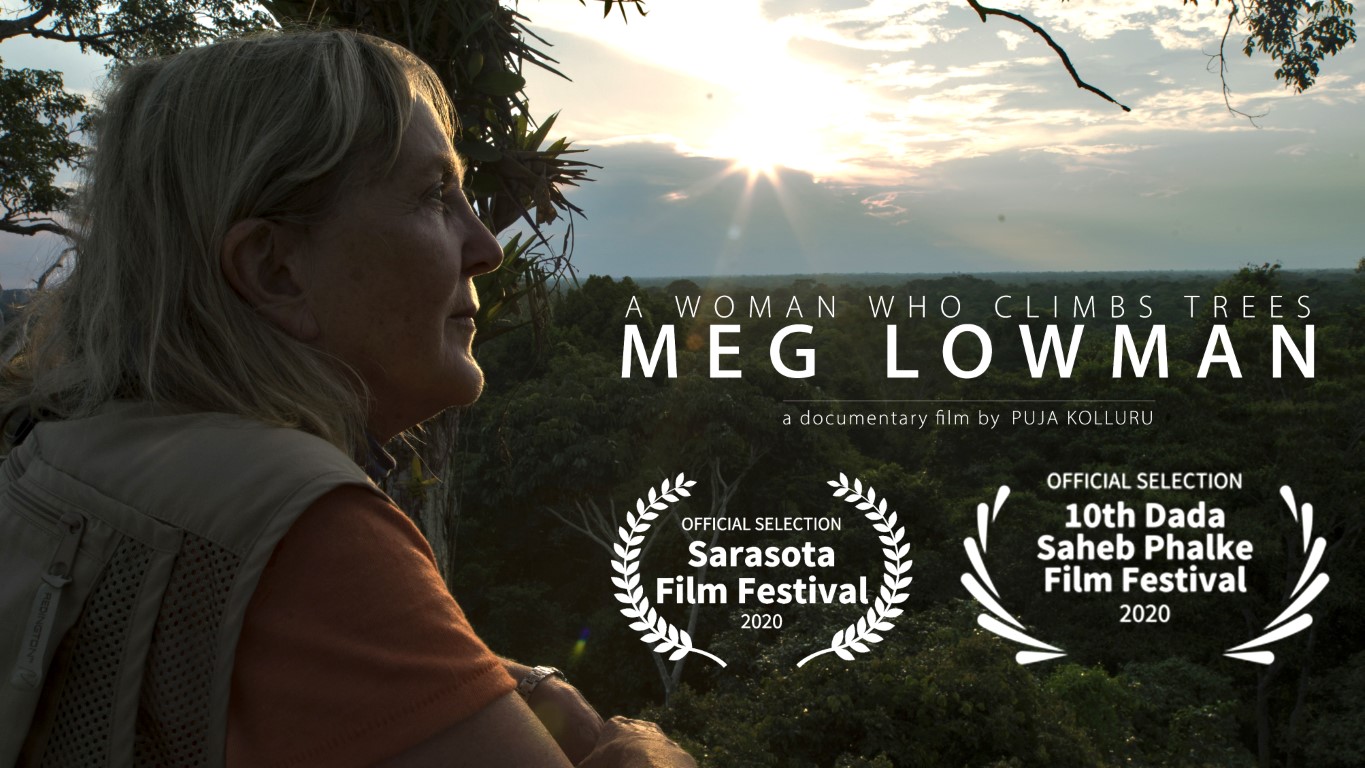 The Sarasota Film Festival is showcasing “A Woman Who Climbs Trees,” a documentary about Sarasota forest champion Dr. Meg Lowman (aka Canopy Meg) as an official selection for viewing during its 2020 Virtual Sarasota Film Fest, which runs through May 10. Directed by 2017 Ringling College of Art + Design graduate Puja Kolluru, the film’s producers are hoping to garner enough viewers and voters to win a special Audience Award during the virtual festival. Watching and voting costs just $3.99; the 62-minute film is available at https://tinyurl.com/y8oq34t2.

Kolluru, who is originally from Vijayawada, a small town in India, filmed “A Woman Who Climbs Trees” as a one-woman production team while on location with Lowman in the forests of the Amazon. The film also received a Special Festival Mention in the documentary category at the 10th Dada Saheb Phalke Festival, as well as a Special Mention at the Delhi Film Festival, both 2020 festivals held in India. Kolluru’s 2017 film “Reflection” won Best Film and Best Director awards from the Ringling College of Art + Design in 2017.

Dr. Lowman is co-founder of the Sarasota-based TREE Foundation which promotes tree and forest education and preservation across the globe. The film chronicles the passion and work of Dr. Lowman as she mentors women in science, engages in field research and builds engages forest canopy walkways across the globe, using her original model of the highly successful ecotourism attraction at Myakka River State Park “skywalk” built by the TREE Foundation in 2000. Learn more about Kolluru at imdb.com/name/nm5536191.

Co-founded in 1999 by Dr. Margaret Lowman, Michael Pender, and Robert Richardson, the TREE Foundation is a non-profit organization dedicated to both local and global tree research, exploration, education, and conservation.
—
Press release by: M.C. Coolidge
941.735.6588 / mc@mccoolidge.com