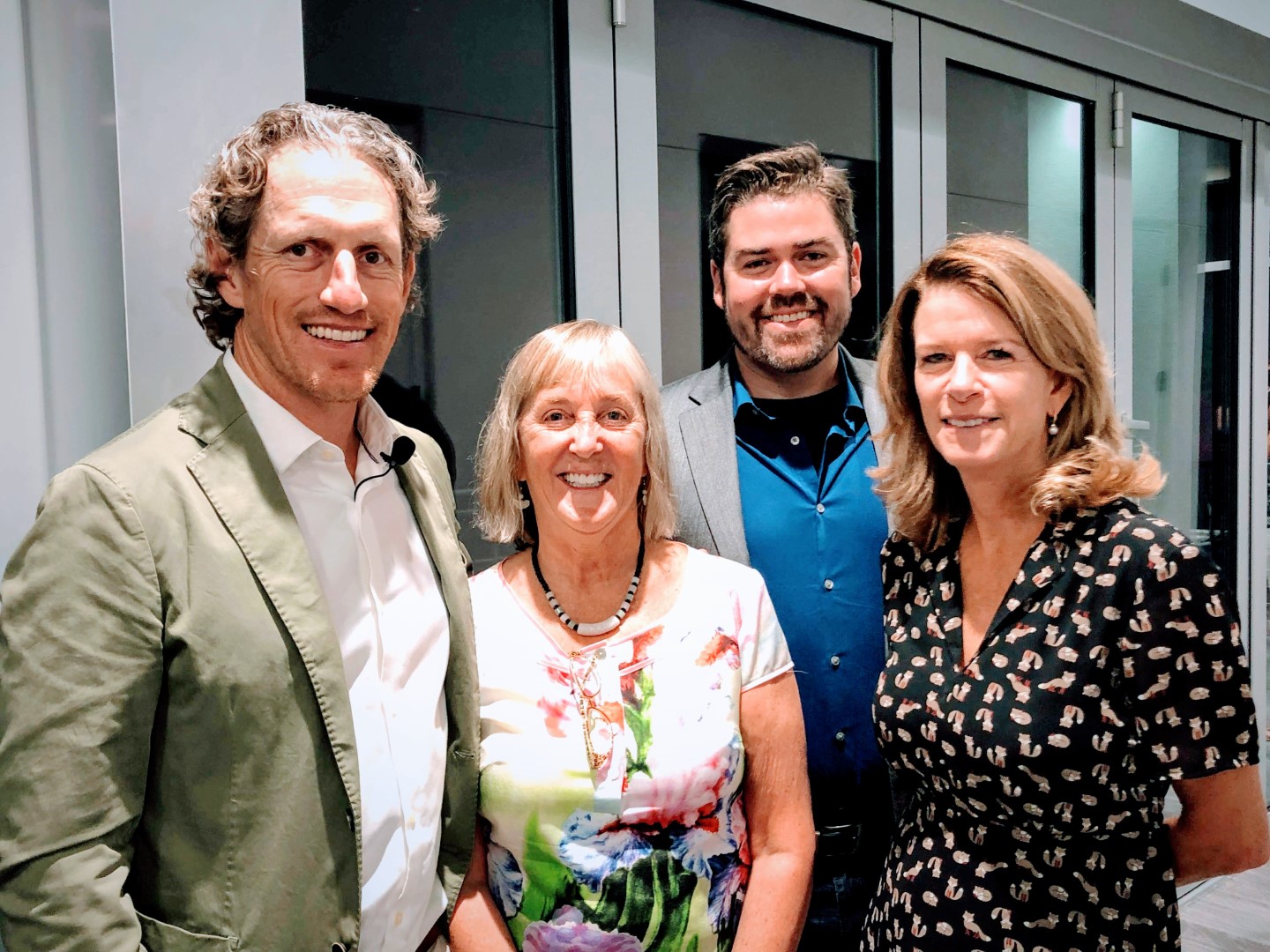 November 5, 2019 / Sarasota, FL — Sarasota conservationist and philanthropist Elizabeth Moore has been named president of the TREE Foundation, an international non-profit organization based in Sarasota dedicated to tree and forest research, exploration, education, and conservation across the globe. Moore, a supporter of regional environmental activities in southwest Florida, will begin her three-year term as president on January 1, 2020.

Moore was elected president during the TREE Foundation’s Oct. 8 board meeting. Two new board members, Alan Winston and Michael Dexter, were also elected.

Moore is well-known in southwest Florida conservation and philanthropic circles as a woman fiercely devoted to not just championing but also personally funding initiatives that protect the planet and provide education about the environment, particularly for youth. In 2016, Moore gifted $2 million to Mote Marine Laboratory for its efforts to establish a coral reef research facility in the Florida Keys; the Elizabeth Moore International Center for Coral Reef Research & Restoration opened in 2017 on Summerland Key. As well, she donated over $1 million to the creation of the 6,000-square-foot Marine Science Center at St. Stephen’s Episcopal School in Bradenton.

In 2016, with help from the Conservation Foundation of Gulf Coast, Moore purchased Triangle Ranch, an 1,100-acre parcel of land near Myakka River State Park. The land is now permanently preserved via a conservation easement that protects it from development.

Moore serves on several boards, including the Conservation Foundation of the Gulf Coast, the Lemur Conservation Foundation, WUSF Public Media, as well as the Boys and Girls Club of Manatee County. She is also a current member of the Board of Museum Advisors for the Museum of Science in Boston. In the July 2019 issue of Sarasota Magazine, Moore was one of a handful of Suncoast women singled out as “Six Women Shaping Our Region — and Our World.”

In her new role, Moore will work closely with TREE Foundation Founder and Executive Director Margaret Lowman, Ph.D. As the organization ushers in its third decade in 2020, it will ramp up its mission to save local and global forests, as well as continuing to promote environmental education for youth. One of Moore’s top priorities will be advancing the foundation’s global canopy program which aims to build canopy walkways or “bridges” in the world’s highest biodiversity forests where species of plants and animals are most at risk.

The canopy walkway in Myakka River State Park, the brainchild of Dr. Lowman, was North America’s first public canopy walkway, and continues to attract large numbers of visitors and economic revenue to the park and region. Using the Myakka canopy walkway as a global model, and partnering with the National Geographic organization and the EO Wilson Foundation, the TREE Foundation is targeting 10 global hotspots for canopy walkways, an approximately $10 million-dollar undertaking that is currently half-funded. The canopy walkways not only preserve species, but particularly in economically challenged countries, canopy walkways enable locals to earn sustainable livings from ecotourism as opposed to environmentally destructive, short-sighted practices such as logging. Areas under consideration for walkways include forests in Mozambique, Madagascar, Malaysia, the California Redwoods, and the Great Smoky Mountains.

New board member Alan Winston is a financial advisor and First Vice President for Morgan Stanley in New York. Before his current career, Winston was a teacher and taught a young Meg Lowman in his ninth-grade history class in New York. His passion for forest conservation has grown over the years, leading him to serve on numerous boards including the board of directors for the Tanglewood Nature Center. He holds an Education Administration Certificate from Syracuse University, an MA in Political Science from the University of Wisconsin, Madison; and received his BA from St. Lawrence University in New York.

Another newly elected board member, Michael Dexter, is a former staffer for the Environmental Protection Agency’s Climate Change Adaptation Office in Washington D.C., where he oversaw a $1.2 billion annual grant program. He currently manages finance and grants for the Sarasota Bay Estuary Program. A Sarasota native, Dexter graduated from New College of Florida where he was an environmental student of Dr. Lowman’s. He also holds a Master’s of Public Administration from Columbia University.

The TREE Foundation was co-founded in 1999 by Lowman, whose international efforts and work to solve environmental challenges have led to her being described as a “real-life Lorax” by National Geographic. The foundation was co-founded with Michael Pender of Cavanaugh & Company, and Bob Richardson, local community leader and prominent commercial realtor.

Widely credited with pioneering the science of tree canopy ecology, Lowman recently completed her five-year commitment to lead the research team at the California Academy of Science’s Institute for Biodiversity Science, in particular to hire more diversity in the science staff and embrace sustainability as part of all research. She is a champion and role model for women and minorities in science, and in 2020 will travel to Singapore as the National University of Singapore’s first-ever female visiting science professor. She is a former CEO of The Marie Selby Botanical Gardens, former Director of Environmental Initiatives at New College of Florida, and is a National Geographic “Explorer.” Learn more at the TREE Foundation’s website, treefoundation.org.