Church Forests of Ethiopia
The highlands of Northern Ethiopia have suffered from intense deforestation for decades (Wassie et al., 2010). What little indigenous forest remains persists in “church forests”: small forests encircling the thousands of Ethiopian Orthodox churches spread throughout the countryside. Church forests are sacred places for church followers and community members alike. Unfortunately, today these forests are slowly disappearing – gradual conversion for agricultural land, in addition to demand for fuel and construction wood has led to deforestation of the church forests themselves (Bongers et al., 2006).

Methods
In January 2013 a team of Colby students and faculty conducted 60 interviews and 92 surveys of community members and priests in South Gondar, Ethiopia. Seventeen community interviews were performed in the Zhara church community, and 43 were performed in Debresena church community. In addition, written surveys were distributed to 92 priests at a sacred forests workshop sponsored by the Goldfarb Center for Public Affairs and Civic Engagement. Interviews and surveys consisted of questions on forest cover, economic and spiritual benefits, management practices, and conservation needs for church forests.

Community and Priest Perceptions
Over half of priests claimed that the size of their church forest had decreased over the past 30 years, and almost all said the forest area outside their church is still decreasing. Priests cited a variety of spiritual and subsistence benefits provided by church forests, and most saw immediate needs for action to protect the church forests in the future.

Community members primarily value church forests because of their religious importance. Many households were highly invested in church forest protection and the vast majority were willing to assist in building a protective wall or hiring a guard if asked by the church. Community members also respect and fear to violate religious sanctions more than civil courts and laws.

Overall findings suggest the Ethiopian Orthodox Church will continue to play a significant role in forest preservation in the South Gondar region, both as a direct actor and as a source of moral leadership. 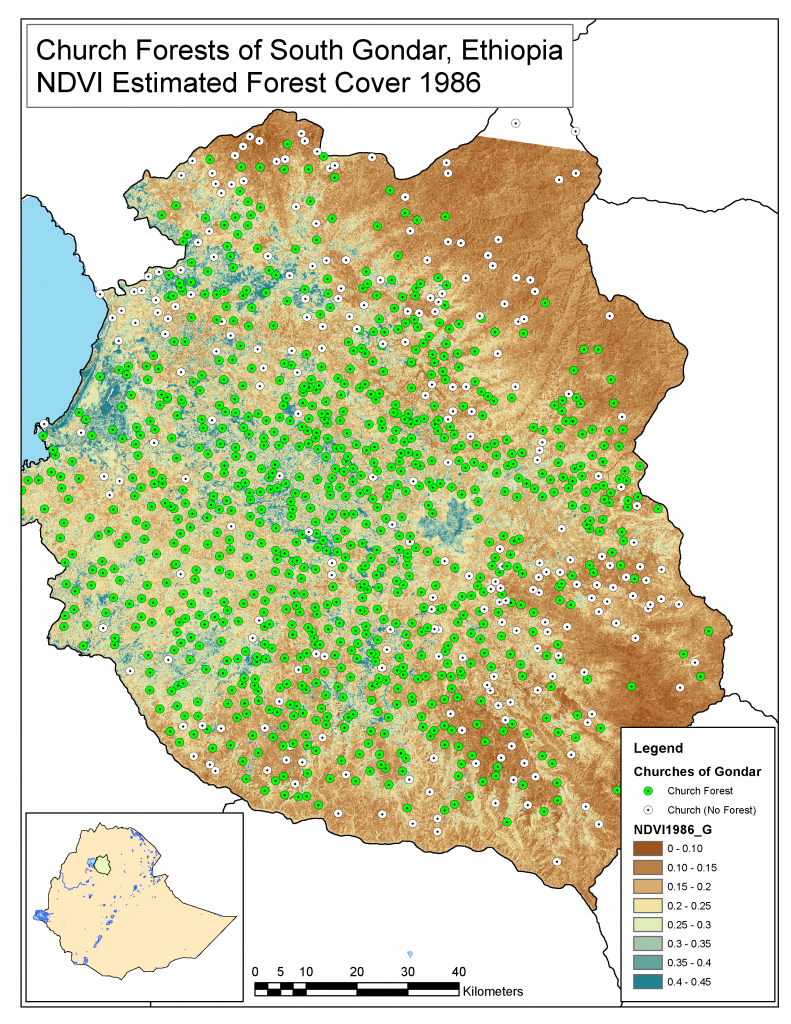 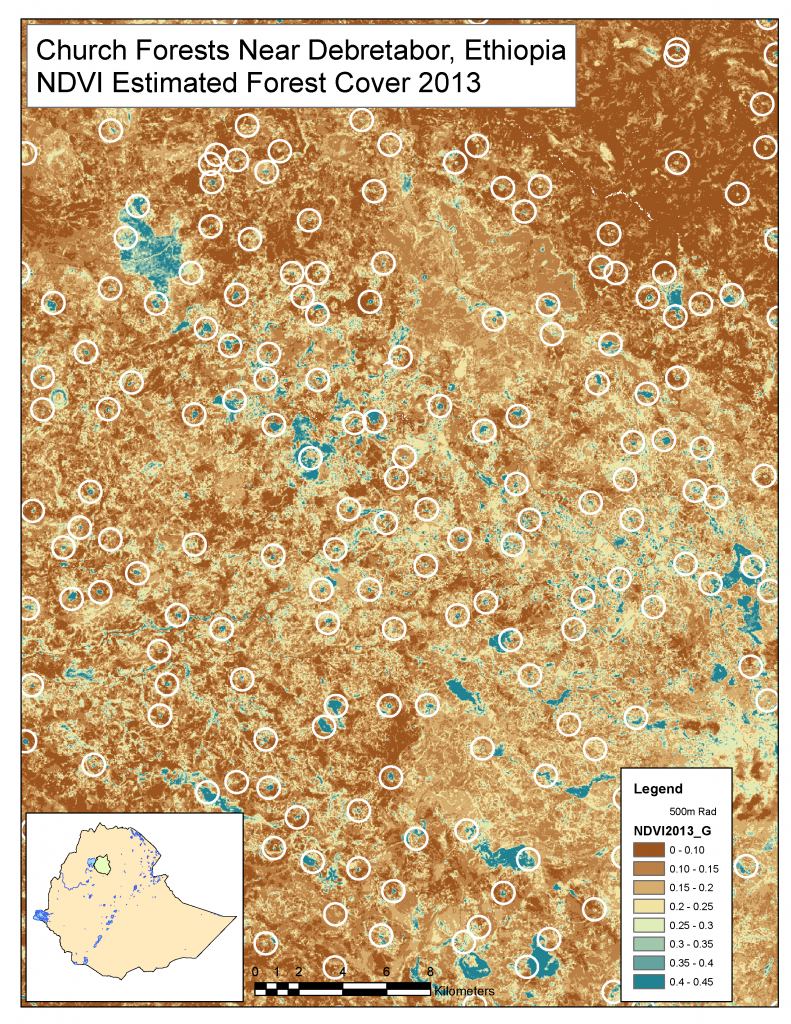