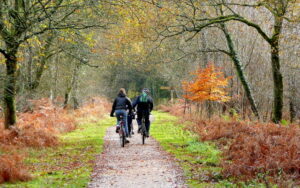 While the positive effects of time outdoors couldn’t be clearer for those of us lucky enough to have experienced them, a recent article on the Children & Nature Network highlights a study that sought to codify this observation. The study compared psychiatric data on people born and raised in Denmark with the normalized difference vegetation index of their childhood neighborhood – in other words, how much green space they were exposed to as children.

This study is the latest in a line of research demonstrating the importance of outdoor exposure in promoting mental health across age groups. It supports efforts to expand green space access for children, especially in urban areas where outdoor spaces might be otherwise limited. Most notably, it underscores the importance of the TREE Foundation’s work preserving green spaces and promoting global access to the outdoors.