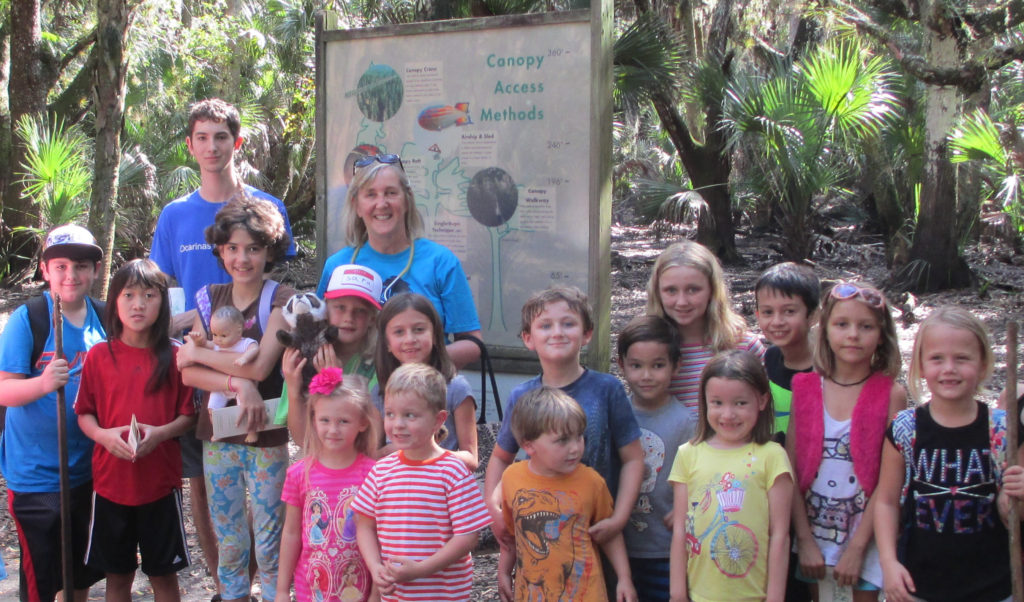 Dr. Margaret Lowman, known world-wide as “Canopy Meg” for her tireless efforts to save global forests, and the visionary behind the creation of the canopy walkway in Florida’s Myakka River State Park, has been selected by the National University of Singapore as the institution’s first-ever female Visiting Distinguished Professor in STEM studies. During the school’s spring semester, Dr. Lowman will lecture both in public science forums as well as for the university’s science department seminars, and mentor STEM students, particularly women. She will also continue her important conservation work nearby in Malaysia, submitting a UNESCO world heritage nomination for an important rain forest near Penang. Dr. Lowman is a global scientist and the Executive Director of the Sarasota-based TREE Foundation, an international non-profit organization dedicated to tree and forest research, exploration, education, and conservation.

A trailblazer in women’s involvement in the sciences, Dr. Lowman has experienced first-hand the challenges facing girls and women wishing to pursue traditionally male-dominated fields of science. Dr. Lowman has made it a priority in her career to nurture female interest in STEM. As she did for eight years as a professor at New College of Florida, Dr. Lowman is frequently invited to advise college students, including her 2014 Fulbright Scholarship in Ethiopia where she mentored female science students at Jimma University.

Equally important is Dr. Lowman’s passion for introducing young girls to nature, biodiversity, and career possibilities in science and environment. The Meg Lowman Treetops Camp is an annual summer camp experience for underserved middle-school aged girls who have a special interest in science. Named after Dr. Lowman, the week-long adventure is offered at the Tanglewood Nature Center & Museum in Elmira, New York. Activities, guided by professional biochemists, biologists, weather experts, and veterinarians, include studying weather, working with animals, hiking in nature, and daily exploration and experiments in the world of science. Each year, Dr. Lowman visits the camp to lead the students on a treetops climbing adventure.

Dr. Lowman co-founded the TREE Foundation in 1999 in Sarasota, Florida. In 2000, the Foundation built the canopy walkway at Myakka River State Park in Florida, the first public treetop walk in North America which tripled the visitors to the park in its first year of use. The Myakka canopy walkway serves as a global model for the Foundation’s international program which aims to build canopy walkways in the world’s highest biodiversity forests to conserve critical forests and their biodiversity.