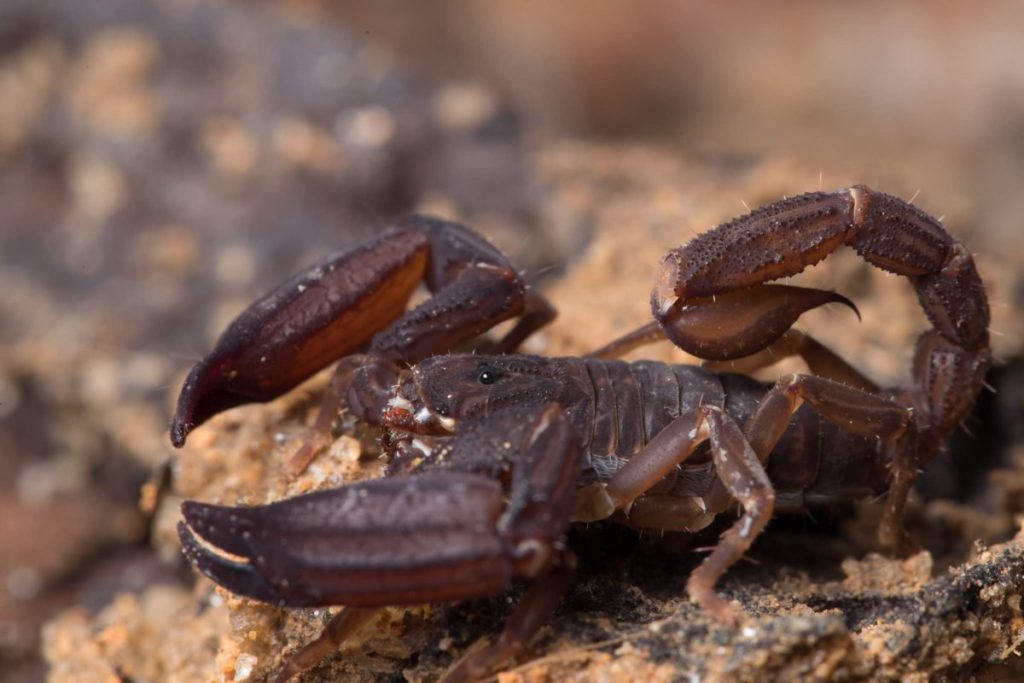 A new-to-science scorpion discovered on Penang Hill. Photo copyright 2017 Phil Torres/bioGraphic. This photo originally appeared in bioGraphic, an online magazine about nature and sustainability powered by the California Academy of Sciences.

The expedition produced an “extraordinary number of firsts,” Margaret D. Lowman, CAS’s Lindsay Chair of Botany and expedition leader, told Mongabay in an email. “This was an unprecedented whole-forest, and all-taxa BioBlitz by scientists, the majority of which were female.”

What was also surprising, Lowman added, was that “a rainforest so close to 1.5 million people was so pristine!”

Biologist Siti Azizah Mohd Nor of USM agreed. “It was certainly gratifying to obtain such good biodiversity records from an area of forest which is very close to human settlement and activity areas.”