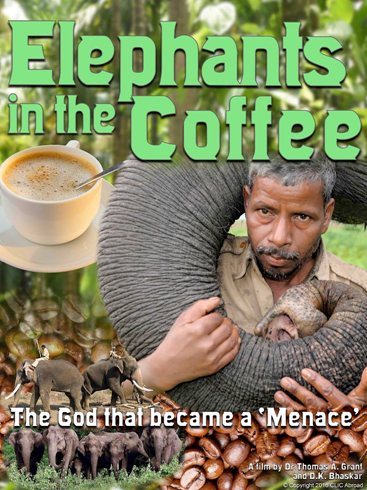 Here is a short synopsis about the new documentary titled, “Elephants in the Coffee,” produced by Thomas Grant & D.K. Bhaskar:

The 58-min documentary compelling documentary titled “Elephants in the Coffee”, speaks on the relationship of elephants and humans in the wilderness, in the agricultural lands of India and in captivity. The documentary is an extraordinary look at a never-before-seen subject, produced by an international photographer and a hugely respected journalist. We have looked at the most pragmatic and balanced approach to this very complex challenge that is prevalent across with many diverse communities.

Man and elephant have an interconnected understanding and respect for each other, yet as they try to live together in the Western Ghats we see growing casualties. Can wildlife and humans ever co-exist? It’s a very difficult question that that we are attempting to answer with this exploration of the ongoing conflict in South India.

Filming around Nagarahole National Park and the large coffee estates nearby, CLIC Abroad Foundation and Abraham Baldwin Agricultural College, Tifton, GA worked together to produce this compelling documentary that speaks of conflicts, heartbreaks and extraordinary circumstances. Through the documentary, we intend to open a dialogue with the students, teachers, conservationists and everyone with a passion and heart for both wildlife and humanity.

The documentary is a direct engagement for the extended communities and forum to have a deeper thinking on environmental education, outreach and involvement for those near and far. We believe this will help people deeply understand the future of conservation and how everyone has a role to play in having a healthy and humane planet.

Through this documentary we wish to raise awareness and start the conversation at the grassroots level. We have thus far been shortlisted in 14 film festivals and have also screened in several universities, academic institutions across the US and India. 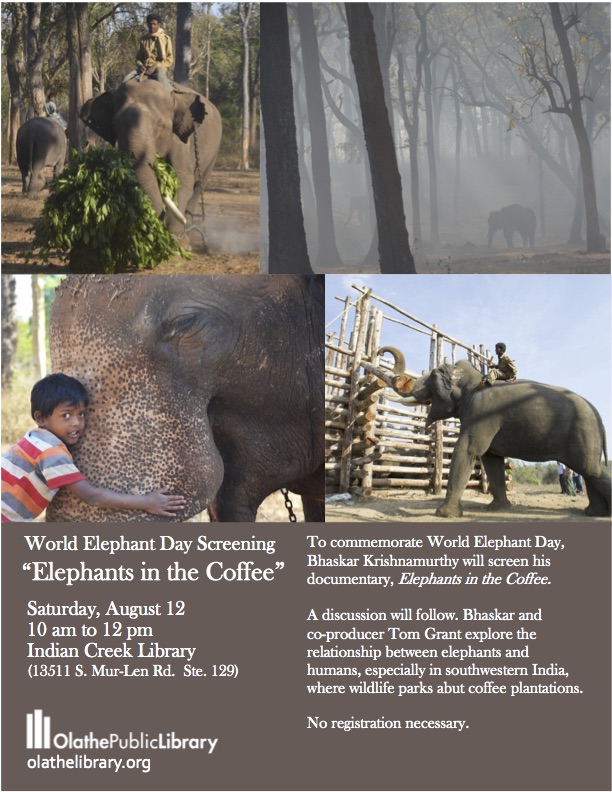