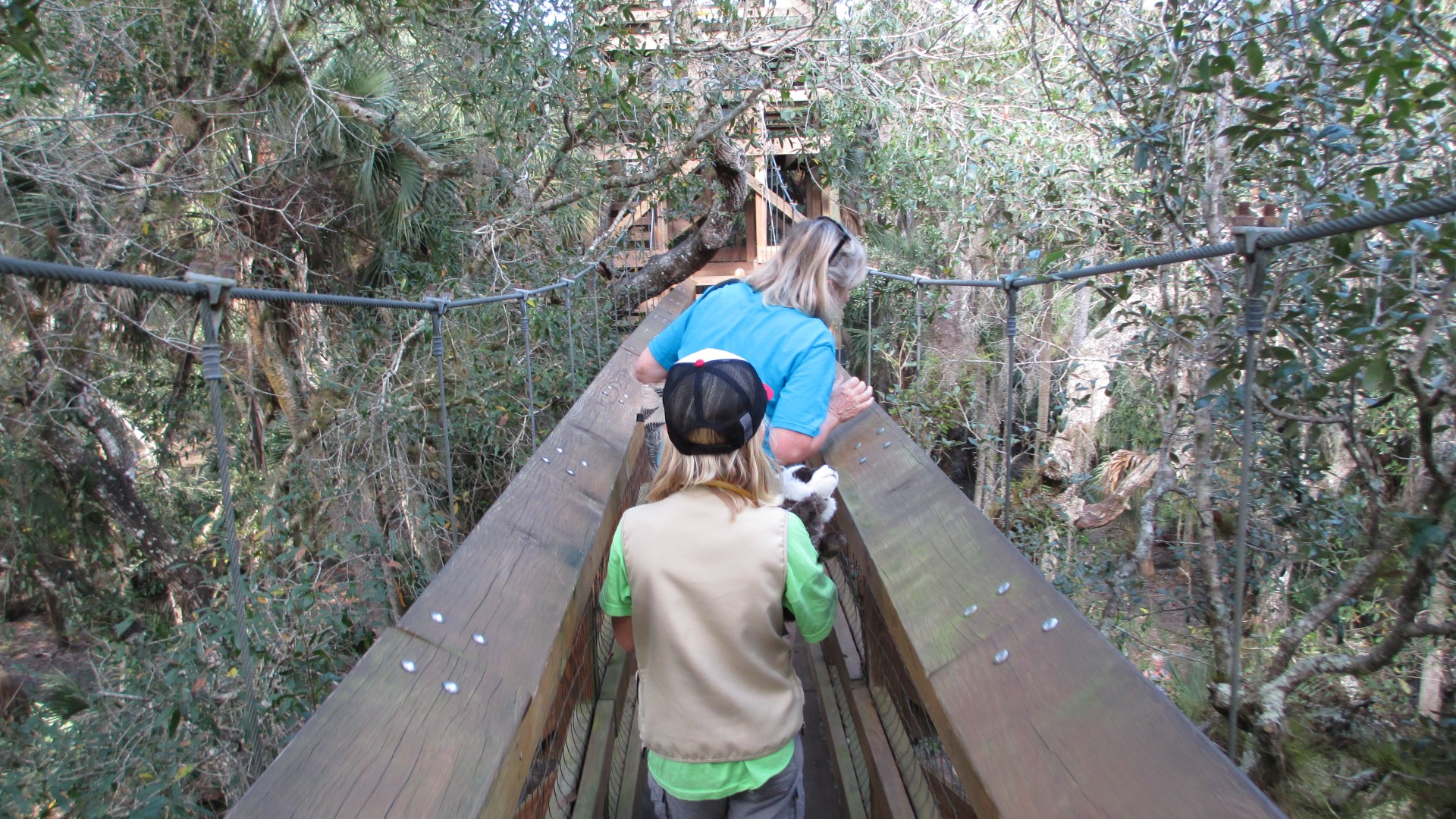 Can Canopy Walkways Help To Get Your Kids in Touch With Nature?

Canopy walkways – also known as ‘treetop walks’ – are a dream come true for a nature lover. They provide unprecedented access to the kind of habitat which we are normally locked out of through physical restriction – the treetops. Tree canopies are home to a whole host of interesting creatures [1], as well as being a great vantage point from which to survey the natural world, and to develop a deeper understanding of the trees themselves. Anyone who is already imbued with a sense of wonder and delight at the natural world will leap at the chance to walk among the canopy. But what about those who have not yet developed that sense? We all know that a healthy love of nature can bring untold benefits for both physical and mental health [2], so most parents are keen to get their children interested in the Great Outdoors. However, encouraging this can sometimes be a struggle. You are, after all, fighting against the combined might of video games, television, and the internet – all of which require indoor screentime! Could a canopy walk be the way to engage your children with nature?

The Benefits Of Nature

Numerous studies have linked outdoor time (particularly in more natural environments) with the development of happy, healthy children. Almost every study out there into the subject comes to the same conclusion: on average, children who spend more time in natural environments have better physical health, better mental health, perform better in school, and have fewer behavioral or developmental problems [3]. This works for adults too – it’s been proven that ‘nature therapy’ or ‘ecotherapy’ can be enormously effective in the treatment of diverse mental and emotional issues [4]. However, the positive power of nature is arguably important for children, who will carry the influences of their childhood throughout their entire lives. Unfortunately for many parents, the age at which we should (ideally) be playing outside is precisely the age at which all we want to do is immerse ourselves in the exciting (but indoor and sedentary) world of things like computer games.

Richard Louv coined the phrase ‘Nature Deficit Disorder’ to cover a whole host of developmental, psychological, and behavioral issues which he attributes to a paucity of time spent in nature during childhood [5]. As he sees it, are children are getting far less time to roam free in nature due to a combination of factors, including increased parental concerns about predatory individuals, and more cars on the roads. However, often it is the children themselves who drive the urge to stay indoors. Surrounded by a host of gadgets and screens which demand a certain amount of sedentary attention, they struggle to operate in the wifi and plug-socket free outdoors. This need for constant connection to the internet or a screen is not in itself entirely healthy [6]. What needs to happen is for us to be able to convince our children that what they’re getting outdoors is a lot better than what they’re getting indoors. A tough ask. Could canopy walkways provide the answer?

An Adventure In The Treetops

The majority of children like adventure. They like things which are (safely!) exciting. They like anything which fires the imagination and lets them feel as though they are in a limitless land of make-believe. The idea of going for a walk in the treetops is exciting for many adults – surely to the less cynical minds of children, it should be something quite wonderful! It all depends on the child, of course, but in general children are likely to find the idea of going for a walk in the treetops a lot more alluring than that of going for a walk in the woods in general. Getting children enthused about outdoor activities is the first step towards imbuing them with a love of nature – and something as exciting as a canopy walk could be just the ‘gateway’ that a parent needs to plant those nature-loving seeds in their child’s psyche. While it’s by no means guaranteed (children who fear heights, for example, may be less than delighted with the concept), a parent is certainly likely to have more success in persuading their child to come and have an adventure in the treetops than they are persuading them to simply ‘go and play outside’. Furthermore, canopy walkways provide an excellent way to educate children about nature, and to show them first hand the variety and diversity of fascinating life on the planet. If you want to inculcate your children with a love of and respect for nature, there are worse places to start than the treetops.