Children Learning International Cultures Abroad (CLIC Abroad) recently brought the learning power of the digital image to more than 50 middle school children in Pragpur, India. Thanks to partners such as Museum of National Science in North Carolina and Nikon – plus a blessing of the project by the Dalai Lama — the CLIC Abroad workshop created a life-changing experience that provided new and important perspectives for students in rural India.

The mother of one girl, 15-year-old Aditi, pointed out that CLIC Abroad’s teachers brought a transformative view of the world. The highly educated female professionals working with CLIC Abroad reflected a non-traditional model of women’s roles, one that prized learning and professional success as much as traditional models of marriage and home-making.

That was emphasized during a live meeting via Skype between children at the school in Pragpur and children at the Museum of Natural Science in North Carolina, led by ecologist and educator Dr. Meg Lowman. This world-expanding exchange between students in India and America demonstrated how small the globe has become with modern communications, and suggested how easy it would be for an intrepid child to set goals far beyond the boundaries of his or her village.

CLIC Abroad founder Bhaskar Krishnamurthy, an international photographer and explorer, has used photography as a way to open doors to the world for children in villages in rural India. Photograhy helps children see their culture with fresh eyes. Pairing the children from India with students and teachers from the United States gives everyone new understanding of a culture from the opposite side of the globe. This was CLIC Abroad’s sixth workshop in India.

To learn more about CLIC Abroad, visit the website at clicabroad.org. 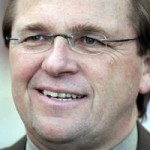 Thomas A. Grant, Ph.D., worked in television and newspapers for 30 years before joining Abraham Baldwin Agricultural College, where he now teaches journalism and advises student media. He has won more than 10 national awards for his reporting, including two duPont-Columbia Awards, often referred to as the Pulitzers of broadcasting. He earned his bachelor’s degree from Washington State University, a master’s from the Columbia University Graduate School of Journalism in New York City, and a doctorate from the University of Idaho, where his research focused on developing better methods of teaching ethics to media students. In 1997, he was awarded the Mike Wallace Fellowship for Investigative Reporting at the University of Michigan.