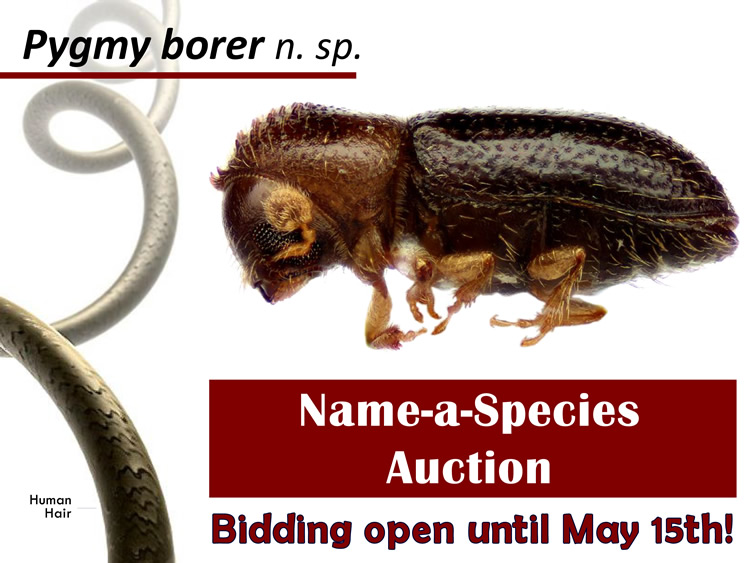 Here is an incredible opportunity to name a newly discovered species of the Pygmy Borers bark beetles! We will be accepting bids for this name-a-species auction up until midnight on Friday, May 15th (EST). You may bid as many times as you like up until the conclusion of the auction. The proceeds from this auction will conserve forests of Ethiopia and train the next generation of conservation biologists!

The most exciting feature of this newly discovered species is that is lives in the USA. In fact, it is fairly common in twigs of trees from Florida to Texas. How could have taxonomists overlooked it? Because it is so tiny! It belongs to the group of the smallest bark beetles called Pygmy Borers, this one specifically to the genus Hypothenemus. The curl in the picture is a human hair, so you can see how incredibly small the beetle is.

Discovered by a student Andrew J. Johnson, University of Florida.

Article in Mongabay.com about this species auction: http://news.mongabay.com/2015/0417-dangelo-auction-church-forests.html