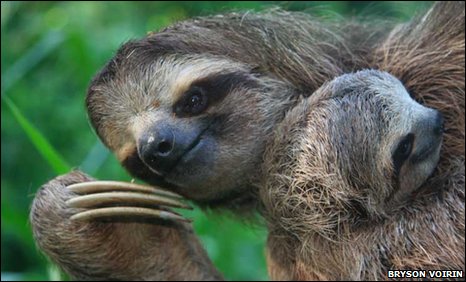 Researchers in Panama have found the first evidence of a sloth that has been killed by an owl.

They found the body of a radio-collared three-toed sloth with lethal wounds that suggest it was hunted by a spectacled owl, which ate its organs.

Three-toed sloths are much larger than spectacled owls, a bird of prey standing around 45cm tall.

That adds to the impression that sloths are helpless on the ground, and camouflage is their main defence.

Details of the extraordinary kill are published in the journal Edentata.